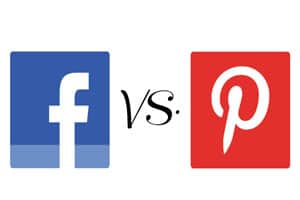 By now you’ve surely heard plenty about the new social media giant Pinterest, so we’ll cut right to the chase – what is it that makes it so valuable to businesses, and how is it having better or worse success than other social media empires like Facebook and Twitter?

With that said, any business with products that look good when photographed well should definitely be engaging in the Pinterest world, especially if they’re looking to amp up their sales the same way they do with their Facebook page by engaging with their fans and occasionally posting photos and specials.

A recent study by the online jewelry mecca Boticca.com showed that after integrating “pinning” buttons to their website and social media platforms – the clicks from users engaging with their pins have amounted to 10% of their total sales (compared to 7% from Facebook).

They also found that Pinterest users typically were willing to spend about 100% more than Facebook users budget-wise, and also that most of these buyers were new customers where as most of their Facebook buyers were repeat customers.

Is that to say that a strong Facebook page provides a more solidified consumer base? Maybe so, but one thing is for sure, and that’s that Facebook users are definitely overall more engaged with the brands they “like” compared to the engagement from Pinterest users. Boticca.com found that a lot of their new “pinners” would click something to re-pin, but if it didn’t fancy them upon second thought (after arriving to the company’s actual Pinterest page), they would simply leave the page and not return.

Since then, Boticca seems to have developed  a few ways to mitigate this “bounce rate”, namely by adding pop-up specials for users who had clicked over from their site. This way the customer is offered something else besides what they originally clicked on, which could very well be something more intriguing or at least something to keep them interested in finding out more instead of just leaving the page.

Overall though, the story here is that Pinterest seems to be driving more sales than Facebook, and it’s only been a big player in the game for a fraction of the time the other social media giants have been around. The statistics here are of course based on a study done by a jewelry store, but if something a bit different from say, a restaurant or home decorator, can get superior sales results compared to their Facebook with Pinterest, then it just goes to show that Pinterest is surely something you should consider as a business already engaged in several forms of social media!