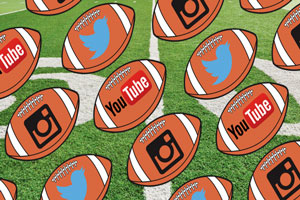 In today’s world, we can easily watch whatever we want, when we want. However, in the social media world, where discussing everything that’s “now” is basically a social commodity, time shifting is quickly becoming a lost art.
No one’s tweeting about a weird singer from The Voice, two days later. It doesn’t mean anything and no one cares. In other words, it has no value – people have moved on.Everything on the planet is happening now – right now. People watch TV and then they post whether they’re using Twitter, Facebook, Google, Reddit, or YouTube. Then, the conversation begins. Basically, everyone’s a commentator, reporter, critic, or evangelist, no matter who you are. What’s the point of watching something (television commercial or show), if the cat’s already out of the bag via social media? That’s the nature of the beast. But, there are always two sides to every coin…It’s for these very reasons why advertising on TV is so crucial. TV is a unique medium we have to watch in order to comprehend what’s going on in the present tense. 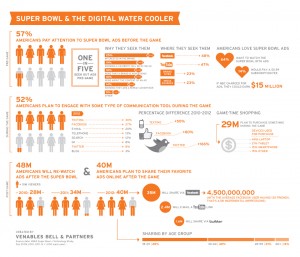 This of course, means viewing TV commercials as well. Whether you are making a positive or negative comment, you’re still commenting. Whatever you say creates a buzz around the advertisement. Isn’t that the whole point?

A strong TV commercial itself will provide social currency. Think of the Super Bowl – it’s a prime venue for this. Sites like Adweek and Mashable host live chats where literally no one’s even talking about the biggest game of the year; just the commercials. Agreed, the Super Bowl is a very unique platform for ad creative where high-quality is expected. But let’s face it. People have a strong desire to openly express how they feel about TV commercials, and probably always will.

And so, while TV advertisers consider time shifting a big deal since people generally skip the ads, it’s actually not that traumatic. There is great value in watching live shows, first episodes, and all the commercials that go along with them. Also, the double-screen commentary that accompanies them can boost the ads to even greater heights better than any traditional TV advertisement could ever hope to accomplish.

TV commercials have repeatedly been called dead. That argument is getting old and has no basis. In fact, TV commercials are more relevant now than they’ve ever been as long as they fit into the social chats that are happening every second of every day. For the most part, it’s basically up to the marketers and their corresponding agencies to capture and hold people’s attention so they’ll want to talk about the commercial – in a positive light, of course. And, social media will always be on standby to quickly deliver the news.