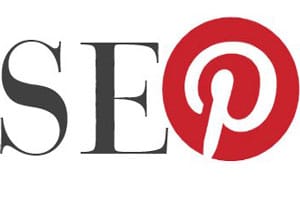 If you’re in Tucson, and you own a business, then you’ve probably been joining the social media and SEO trend as of late, if not long ago – when you should have. New social media outlets are popping up practically every day, but not all of them become as big as Facebook and Twitter, so it’s hard to determine which ones you should jump into and which ones you should be prudent of so as to not waste your resources. Sadly, Tucson SEO and social media is generally behind the curve of larger cities and their businesses, and that’s why we’re here today to bring light to the wonder that is Pinterest.

Pinterest is a fantastic social media outlet with great SEO potential. In the past few months it’s grown to be one of the largest and most popular social media platforms around. Business owners everywhere are asking themselves the same thing: “Should I be following this trend or is it just another eventual flop (essentially) – sort of like FourSquare, Myspace, and Yahoo! Buzz.”

The answer is simple – YES, hop on the Pin Wagon. There are easily over 20 million users signed up, and “pinning” is becoming one of the best ways to spread your product and increase your web traffic. If you’re posting viral pins (things that people look at and go, “I want THAT. NOW.”) with enough followers, you’re not only spreading your business everywhere, but also links back to your website (where you should be pinning your everything from).

The greatest part about Pinterest is the demographic though, which can be deciphered from the infographic below (click to be able to further enlarge).

As you can see, Pinterest users are tech savvy, active, DIY, crafty, ‘average Joe’ kind of people. They like what most people like and they interact with their peers on a regular basis. Food and crafts are amongst their favorite hobbies, so Pinterest seems to benefit restaurant and home improvement type businesses the most. Fashion is huge too, so for example, salons and apparel stores have plenty to pin. There tons of niches to be filled though, so don’t count yourself out just yet.

There are people out there who love to look at weird stuff too, so even if you do dirty work it’s still feasible to be pinning. This is especially true because everything on Pinterest can be linked back to an origin, which – may we reemphasize – should always be your website if you’re pinning as a business. This is where SEO comes into play. With so many users and so much constant updating, Pinterest is definitely a quality site to backlink on – not to mention that your links multiply when your followers start to “repin” all of your original pins.

Okay, great – Pinterest is almost like YouTube (though mostly pictures) combined with Twitter and it comes with SEO potential, but how are you (the business owner) supposed to develop a fan base from the ground up? And enough so that it benefits you significantly, not only in the social media world, but also so that your link building there actually effects your search engine results.

Well, simple – use your social networking accounts! For Facebook specifically, there is an app that can be tied to business pages called WooBox. WooBox allows you to create a tab for Pinterest up where your photos, likes, map, etc. are located. When users click that they’ll be able to view and your Pinterest “boards” and repin directly from there, as well as open the boards and go directly to your business’s Pinterest page so that they can follow you.

Essentially, Pinterest is just another great way for you to showcase your business’s products and abilities, and it allows users to easily, and most importantly – quickly share them with others, because we all know how short the attention span of of online markets can be. The only downfall is that keeping up with pinning can be pretty time consuming, which is why you’ll want an agency, say Tucci Creative for instance, to handle that and the rest of your social media.

If you’re lacking when it comes to social media and SEO in Tucson, it’s probably because you aren’t committing enough to building your web presence, which honestly is completely understandable because as a business owner you should be more concerned with making your in store or servicing experience something memorable. That’s why there’s people like us out there.

Unfortunately, not all advertising agencies are going to be able to handle every aspect of your TV, print, radio, website, SEO, and social media all in one, but that’s exactly what Tucci Creative does, and that’s exactly why you need us to put you ahead of the curve and keep your business up to date with what’s important in the ever-changing, online world.

We’ll leave you with a great little article on how to benefit from Pinterest as a business.